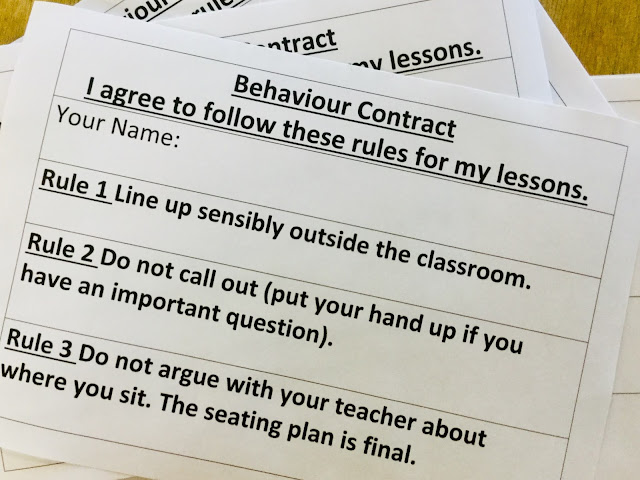 At the start of this academic year, I inherited an interesting key stage 3 class with some challenging low level behaviour issues. I share the class with another teacher in the department and due to the problems we were both having, I decided to trial a few things to see what could be improved. For the purpose of this article I will refer to this class as 1A.

Now to be fair to 1A, there are some great characters and lovely individuals within the class. Many have SEN need and the ability overall is low to average. In my short time of teaching I have taught most of them before in different groups and experienced a variety of positive and undesirable behaviours - to put it bluntly, this class can blow hot or cold.

On a typical day 1A arrive to their lessons in a burst of crazy, pent-up energy, sometimes arguing, sometimes screaming. It takes them some time to eventually realise they ought to be sat down on chairs in the classroom, rather than wandering around. Putting hands up for a question without shouting over one another is rare, whilst very few listen to or follow basic instructions. They do not seem fazed when their behaviour results in consequences such as behaviour points and so on.

The tipping point came this year when at the start of taking the register one, two, three students got out of their chair to complain that they wanted to sit somewhere else and the lesson had to stop this instant to accommodate their request. When their requests were met with a firm 'no' the students responded by shouting.

Having heard about the use of behaviour contracts from other members of staff, I politely informed my class we would be making use of one. They were told why their behaviour was unacceptable and that this was a direct consequence. As a class together the lesson was stopped whilst it was decided which 3 easy rules were needed in order for the lesson to take place in a calmly manner.

The students decided upon these rules:


Rule 1: Line up sensibly outside the classroom.

Rule 2: Do not call out (put your hand up if you have an important question).

Rule 3: Do not argue with your teacher about where you sit. The seating plan is final.


Within a week each of my students then had a behaviour contract printed for them which they had to sign with a signature. So following this lesson, what happened next to 1A?

As a class they are trying and making small steps towards progress. The behaviour contract is the first thing they see in their folders every lesson and so, subconsciously perhaps they are reminded of the 3 easy rules.

Whilst there is still some bigger progress to be made there is already significant improvement in low level behaviour. Calling out and shouting for attention has dropped the most - even the students who still do this quickly correct their behaviour with little prompting.

Students are also attempting to line up outside the classroom in an orderly fashion, although a bit loud and boisterous it's much, much better than it was.

So what exactly is a behaviour contract?

A behaviour contract is a promise between a student (or a whole class) and their teacher.
To keep it simple, the contract breaks down and makes rules and expectations for behaviour in school or in the classroom. The goal should be attainable so that the student can make progress without feeling hindered by it.

On more detailed contracts, it may highlight reward outcomes for meeting goals and consequences for failing them.

How can a behaviour contract benefit a child?

There isn't a strict formula for this. My HOD used a giant board with students names and gave them stickers for meeting expectations every lesson (the class loved it). My behaviour contract so far has been a small but simple document with a list of rules and space for their signature. I made sure to place it in the front of their folders so its there to remind them every time they come to lesson, which I think has a positive effect.

Having browsed online some teachers go beyond and get quite creative. Some decorate the outside with imagery, whilst others I have seen go beyond 3 simple rules and have a whole page.

Would my class benefit from this?

A class doesn't necessarily need to be on a downward decline to benefit from a behaviour contract. Whilst I have only tested my behaviour contract on one class, I am considering rolling out a behaviour contract for all my classes next year. I quite like the simple behaviour expectations in the front of folders and I think the 'signing of the contract' has a strong, positive impact on many of the children.

For any future difficult classes I would recommend at least giving it a go in the first instance that you feel the behaviour is getting out of hand and is affecting work outcomes. As a member of a department it can only work in your favour to show you have tried to resolve a problem. 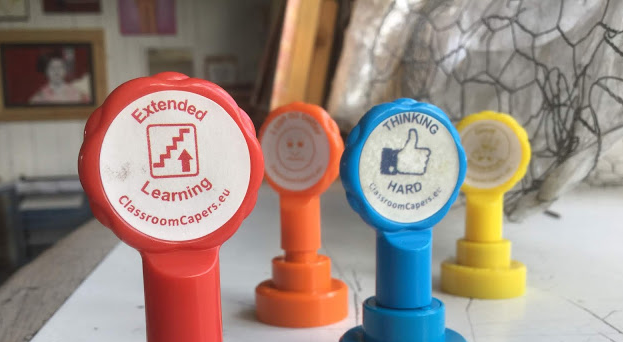 How I save time with teacher stamps

Last term, some students asked me how long it takes to mark their books.
I had a good think about it, did a few sums on a notepad and worked out that I spend 36 hours in total each term marking books, roughly 3 hours per class. As a non-core subject teacher I have 12 classes and mark in detail once a term.
Like every other teacher I know I have to evidence assessment as clearly as I can. My department invested in a few stamps to help us do this, such as evidencing verbal feedback and extended learning. Over time, I found that the stamps sped up the process and made evidencing my marking much clearer too - a win-win situation.
I gradually began to invest in a few extra stamps as time went on. I made good use of a few different stamp-specialist websites (that's a thing, apparently) and bought both pre-made and custom ones that suited my school's policy. If you're interested in any of the websites I visited, see the end of this post.

Here are some of the most useful stamps I… 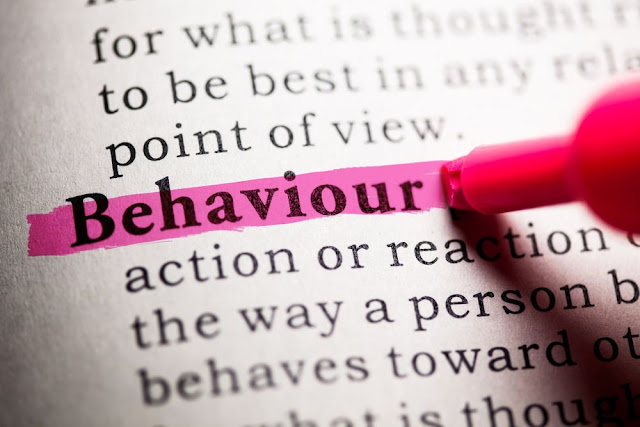 The first year of teaching was and still is the most challenging year of my career. There were alot of factors involved in this that were out of my control, but at least half of the problem was that I was new, inexperienced and very scared.
Behaviour management is 100% not something that can be mastered in a single term and even now that I've been teaching four years, I still have so much to learn. Anything I have learned has come from a combination of trial and error, observing others and trying really hard not to give up.
I've put together a list of the best advice I have received during my somewhat short career and hope it can be of use to someone who is at the beginning of theirs. Meet and Greet goes a long way At the start of every lesson, greet your class at the door. Ensure that they line up appropriately and make sure to wait until they are quiet and calm before letting them in. This can be a bit tricky if your classroom backs on to a busy corridor but keep at it. '…